Design a food stand for your school

For my food truck I was planning on making it a twelve by five foot trailer with about 8 foot ceilings. On the outside I was planning on putting out an outside stand up sign. It would have the days special and/or menu. On the inside I would have cabinets on the walls that are above you. This way they are out of the way, but you are still able to reach them. The two options that I would have for electricity is to either have a generator or and electrical outlet that I hook into. I was leaning towards having an extension cord so that there would not be so much noise. For the serving area there would be a small counter so that you could set the food down. On the inside the counter would go up to your waist. This way you don't have to bend over. Towards the front of the trailer on the inside there would be a grill on top of the counter. The refrigerator and the heater oven could then go under the counter so that it is easier to serve from. I was not planning on displaying the food. This way it would be easier to keep the food fresh instead of having to keep the fly's off of it. The cash that I earned would be stored under the counter out of the reach of the buyers. On the opposite side of the serving table there would be a door in the corner so that you can get in and out of the trailer, and other components that might be on that wall is some more storage and maybe a bigger freezer for uncooked food. On the back of the trailer the wall would unfold to allow for people to see the food being cooked, and to allow for air flow so the inside of the trailer does not get to hot. At night, for storing the trailer the sides would just fold down and lock in place. You could then put wheel locks on it so that nobody can move the trailer.

There are multiple locations around the school that have high traffic. Although these are good places for getting some exposure they are not very good places for a trailer that serves at lunch time because there are not very many people in that area since it would be out of the way. Some of the types of food that are available at the school right are some chicken nuggets that do not look like they are made of real chicken. They also serve salads, pizza, and on occasion for special events they will serve hamburgers and hot dogs. I am planning on serving either hamburgers and hot dogs or maybe even some type of Asian food like fried rice. 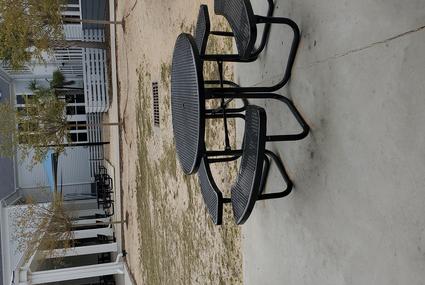 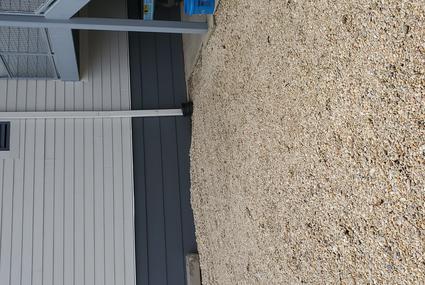 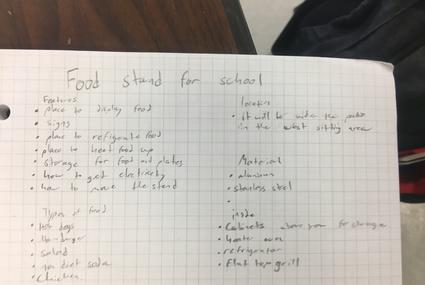 The main location where I was planning on putting the trailer was under the patio area in the courtyard. The other place I was thinking that I could put it is by the stares in the rocks. This way it is close to everyone who is walking by instead of way out of the way. In these two locations there is plenty of shade for the vendor to sell the food and for the people to be comfortable when standing in line. Some of the special features that I would like my trailer to have is two big openings on the sides so air can flow through the trailer. I would also like to have plenty of head room in the trailer so I don't have to bend down to walk around in the trailer. 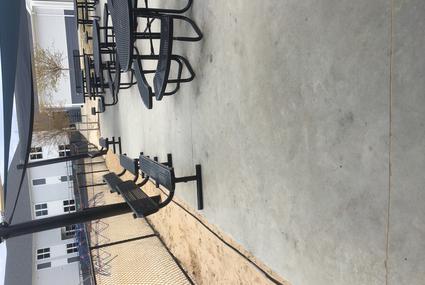 Here is where I was planning on putting the food trailer. 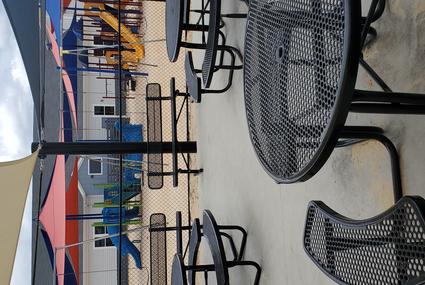 The main problem that I had when I was developing my trailer was trying to figure out where it would fit. At first I was thinking about putting in the lunch patio that has a bunch of rocks around it. I ended up putting it in another lunch patio that did not have any rocks in it. This way it is in a shaded place with plenty of seats that surround it. 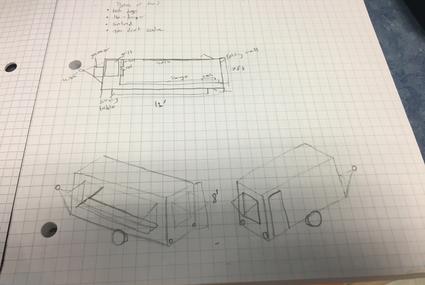 This is what the outside of the trailer is going to look like.

For my final design I have created a cardboard 3D model of what it looks like. On the outside there is a door and two windows. The window that is on the back side is mainly for air ventilation. The largest window is where people can order and pick up their food. On the inside of the trailer there is a table that is shaped like an L that wraps around two sides of the trailer. On this table there is a grill and a sink. There is also plenty of space to prepare the food. Below the table is the refrigerator, money box, cabinets, and heater box. Above the serving window there is extra storage space. 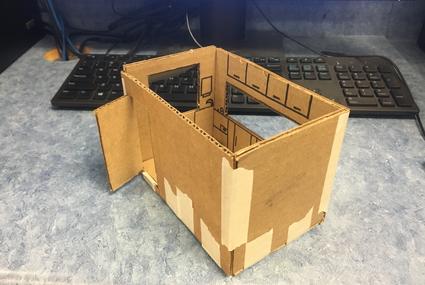 3D model of the front right side of the trailer

This is the front right side of the trailer. It shows the door and parts of the inside. 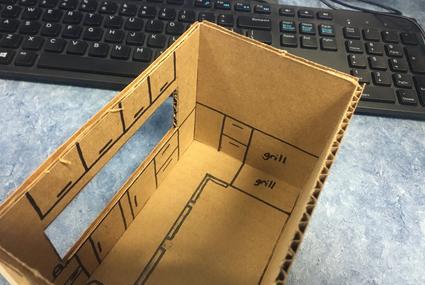 Partial inside view of the trailer

This view shows part of the inside of the trailer. 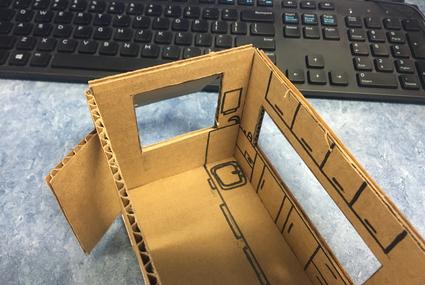 3D model of the back inside of the trailer. 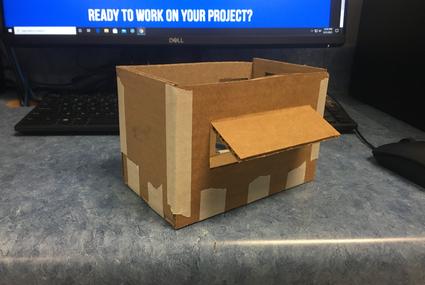 Front side of the trailer.

This is a picture of one of the sides of the trailer. 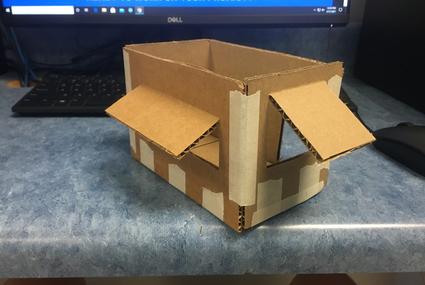 Outside on the back of the trailer.

This view shows the back window that is on the trailer.