Lockers in schools are not well maintained and were installed decades ago. The point of the redesign is to update the lockers for modern times. They will maximize the space while minimizing the noise and cleaning needs. This is to make them more appealing to use. The current lockers have 2.5 cubic feet of space the redesign can have more than that. 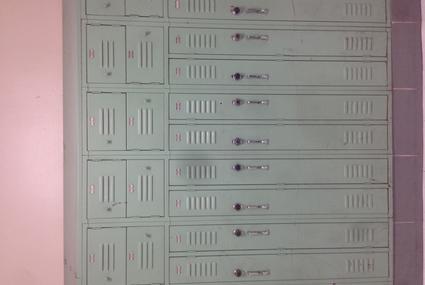 9" off ground to be ADA compliant lock specifics for ADA compliance diagram is below also you need 5% of lockers to be compliant Use plastic because it is much more resilient and quieter as well as how it has a much nicer look. Sloping top to prevent major dust and garbage buildup as well as people can't store things on top of their locker very easy to clean. Use them to hang up coats or backpacks. not very accessible and not enough of them for everyone. you can have outlets in lockers and ventilation with plastic lockers Current lockers have 2.5 feet of space they are 6" by 4' by 1' https://www.lockers.com/architect-resources__12_inch_wide_heavy_duty_plastic_lockers/ can make a polycarbonate door to provide visibility into the locker can make a shared off set door design to have both long and short space in the lockers put in a removable shelf so people can have different space design so that they can customize them to what they want. have drainage or some way wet coats don't soak other items as well as having a way to have water escape and not dirty the inside of the locker students would use it but the location isn't good so if you keep them somewhat centrally located by being able to fit more in the same amount of space so you can have an optimal location for people to use. 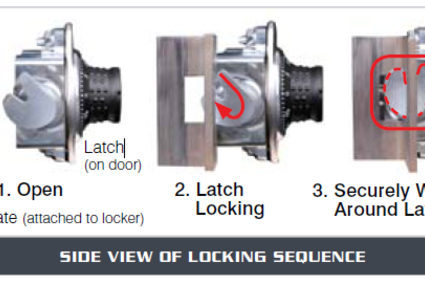 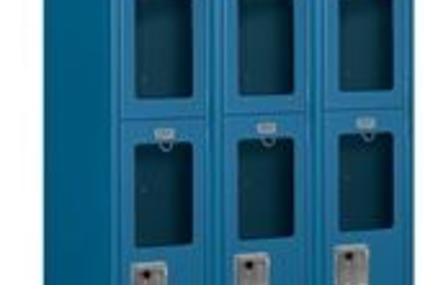 example of the type of doors you can have 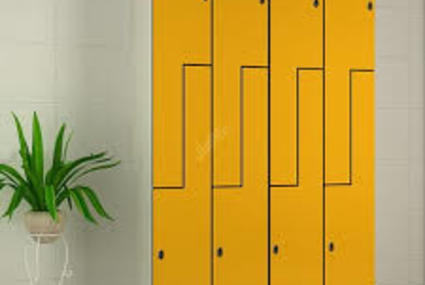 double stack the lockers to increase the amount of lockers posible. use plastic to reduce the amount of noise made from the locker. also a lot easier to clean and harder to get dirty. if you double the depth you can have the same amount of space as the tall lockers do half and half. like have a 2' block section then a 1' split section. But that will give you less lockers total in a hallway so if you have a 1' section and 6" section then you can still fit more lockers for example a 30' hallway with the first design will only give you 30 lockers but if you do design 2 you can fit 60 lockers in the 30' hallway but then you only have 5' of space but design 1 lets you have 10' of space. So if you need more lockers you can cut back on the space in each or have more space and less lockers. You can double the depth of the lockers and also then shorten them so you have the same amount of space but with more lockers able to fit onto one wall by double stacking them.

I think here at DHS you need the extra lockers and less space. There are 163 lockers in the hallway but there are 53 lockers in one section. The lockers at DHS only have 2'6" cubed the ones I plan on putting in have 5' cubed of space so it is the space of the old lockers doubled. 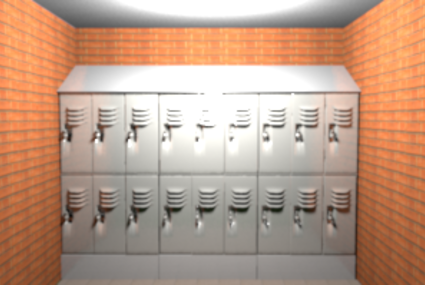 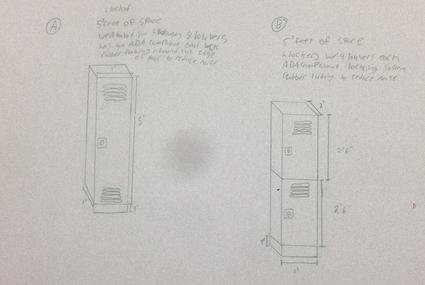 The lockers can have a split double stack were there will be a thinner section that can be used to hang items and a wider section to fit standard items. Also you will be able to fit the same amount of lockers and have more space in each of the lockers with this design. Also there will be a single outlet so you can have them be more appealing for students to use and it also lets students not worry about charging their devices and get distracted in class. it is 15 amps and tamper resistance so that no accidents can happen because of them. The lock is the ADA compliant wrap around lock to not discriminate against students with disabilities and have adequate protection for all of the lockers. There will be a 6" removable plate to either make an extra storage cubby in the locker or have a divider between hanging objects and the rest of the items to protect them to get damaged. 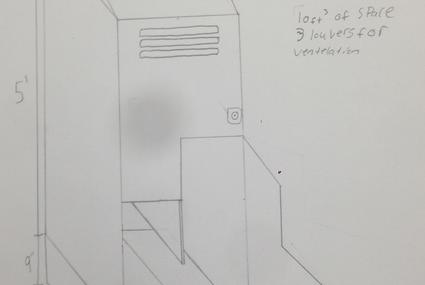 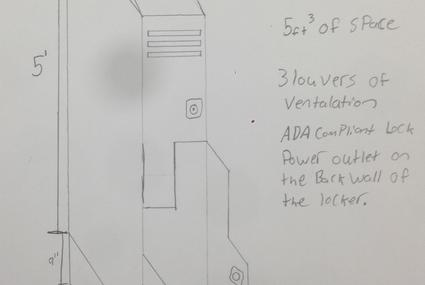 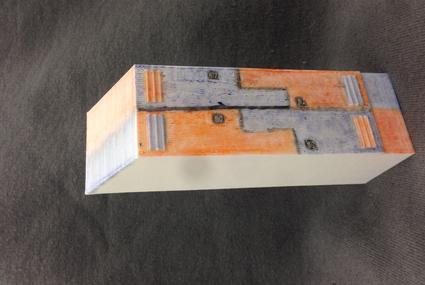 There are two main designs that would work depending on what you need. For the first one you have a bigger one but with that you can not fit as many in a set space. The second one has less space but the amount of lockers you can have is doubled. At DHS the need for more lockers is greater than the space in each lockers because not only do the new design of lockers have more space than the other ones you can fit the same amount of them in a space. The design drawing is below with the sketchup model as well. The colors are orange and blue for DHS colors. 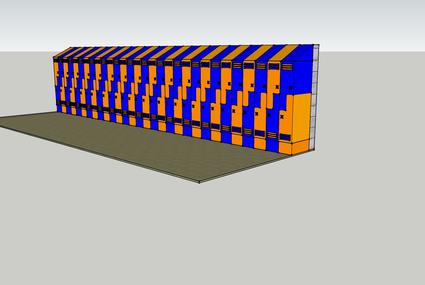 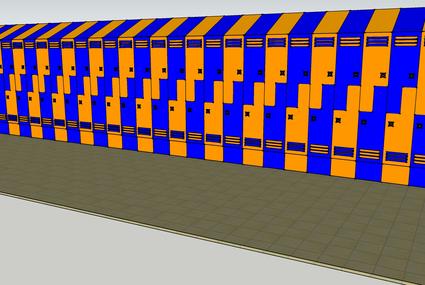 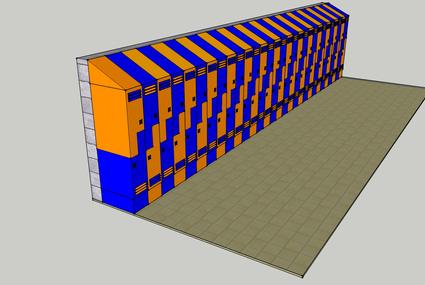 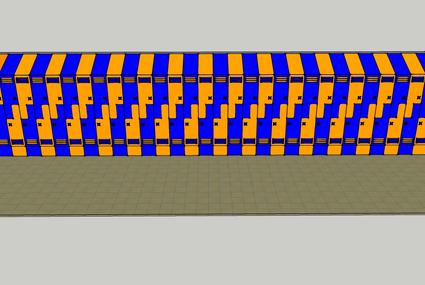 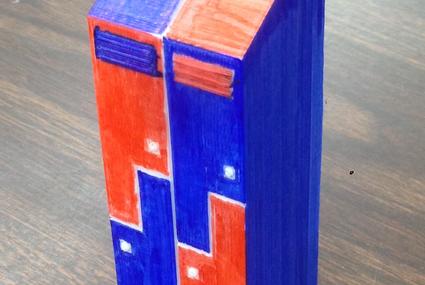 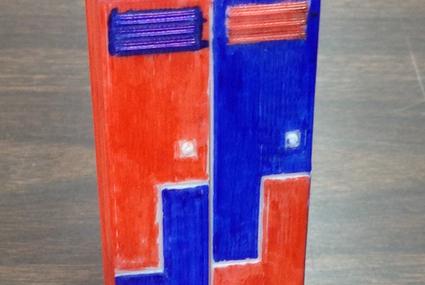