The challenge is to make a structure that will serve the community and eliminate inconveniences the general populace encounters in their daily lives. Also add more the community by giving it long-overdue safe space. I want people to recognize the many (local) issues going around in the community, though mainly I'm targeting the excessive drug use in the area ( cause its stinking up the place) and the youth in our area affected by school, violence, etc. We also want to show the community how creative recycling can get , by using containers as structures people can actually hang around. The particular area I'm targeting is a lot near the schools, as this will give kids and parents alike a place to assemble. This could further unite the community and families, and make use of an empty lot that's innaccessable to the general public.

It will primarily be the youth of the area that will gather in the building. Here it is intended that they take on the many problems plaguing the area which are the severe drug usage affecting the population, the rampant violence ( domestic and gang-related), and they will seek out ways to address and quite possibly fix these issues. The surrounding neighborhoods consist mostly of Hispanic families very much aware of the issues in the area, so any opposition to the structure itself would mostly be from the people with the problems addressed . According to demographics, there are over 4,000 teens in this area, most of which are affected by the issues in the area. I want to build this structure because there is a lack of "community" among the people in this area, and this could be a major opportunity to unify people in some sense . The main site I have in mind is in a very busy street and has surrounding neighborhoods and establishments , which makes the site a nice place to attract visitors. .The structure will be mainly composed of containers. This will make good use of the many unused containers around( around 12 million unused containers). The geographical qualities consist mostly of urban-like neighborhoods surrounding the site, the site is primarily flat with various grass-patches, which would make construction easier than other sites. . For the materials used, which will be primarily the shipping containers, good results would include the durability of the containers ,the fact that it would be re-used, and its easily transported. However, the containers are not good insulators and then there is the possibility that the container could be hazardous because of what it initially stored . 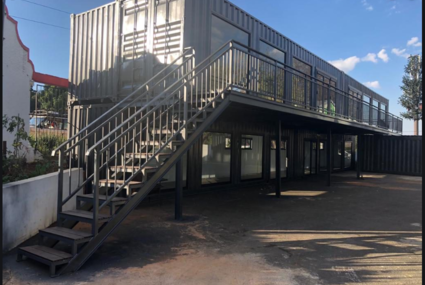 A possible idea for the structure I have in mind. 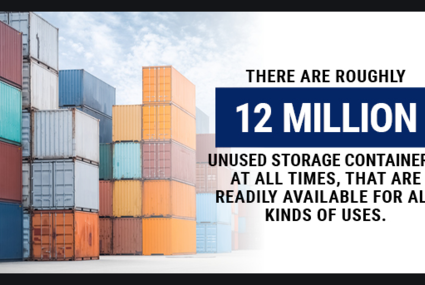 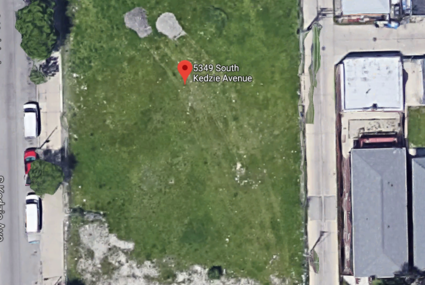 Due to the extensive space this site provides, there would be plenty of potential for creative me 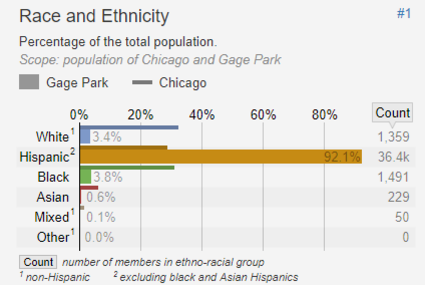 Here we see that most of the population in the area is primarily Hispanic. 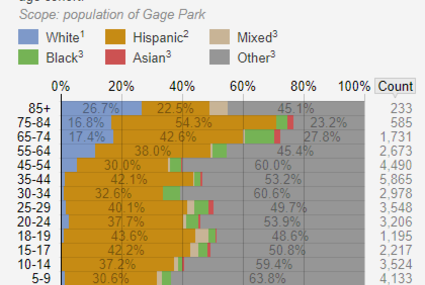 Here we see the age comparison on the area. 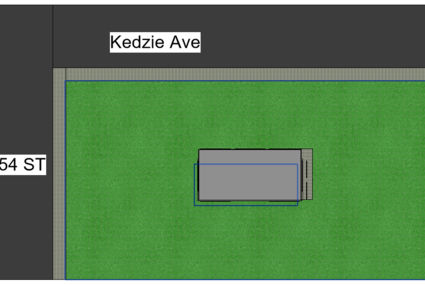 One idea I had f or the secondary container was to put more of the focus on the center area , as the entire structure is more of an arch . This being the primary reason I went for a roof with the shipping container surrounding it. This would make the place more suitable for the general public as it provides more space with the shipping containers essentially being an added bonus, serving as secondary space and providing an indoor alternative space for people should the center at some point prove an unlikely option for gathering. 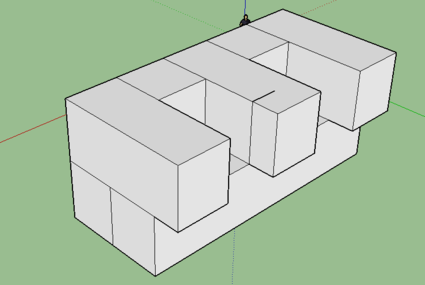 Here I tried to go for an abstract look for the structure . 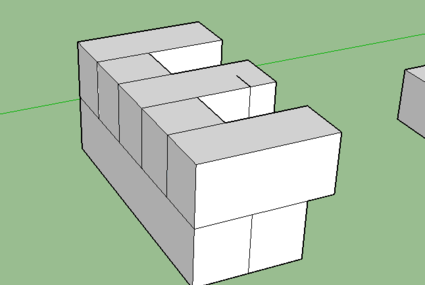 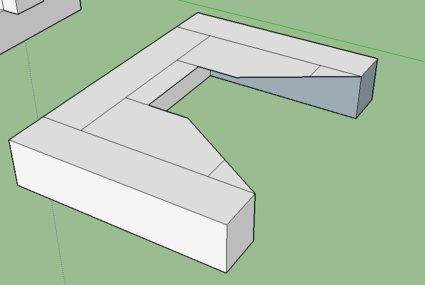 For this container , I went for a c-shape type of structure with a sort of roof forming in the ed 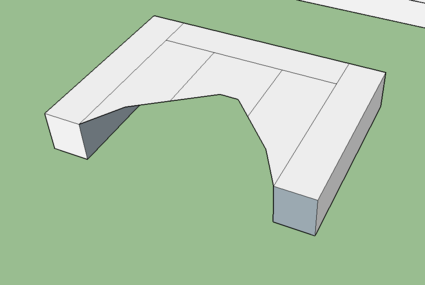 Here is the alternate version of container 2, with an expanded roof for the center area .

The aim for the container was to have a modest space with a modern twist (shown in the front ), but at the same time represent the community as a whole, and contribute to the general populace. 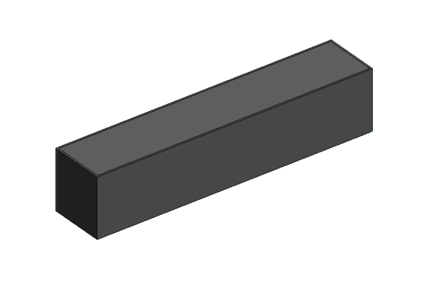 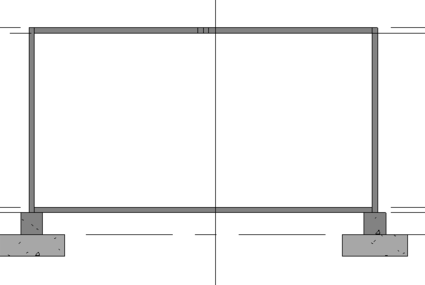 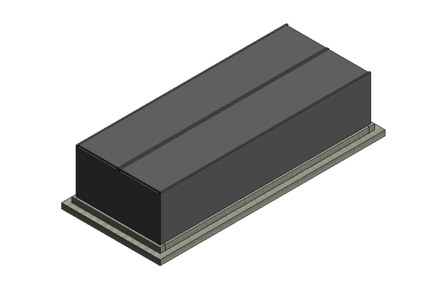 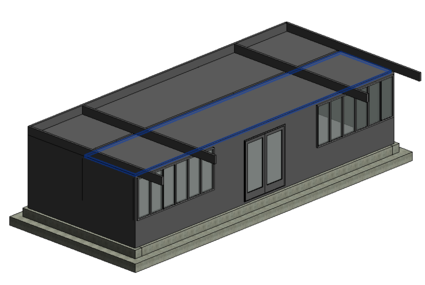 Here we have the walls for the second layer of the structure. 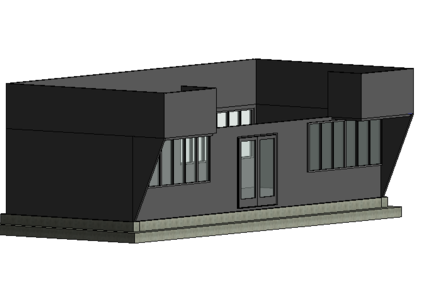 The structure with the added slanted wall below the second level. 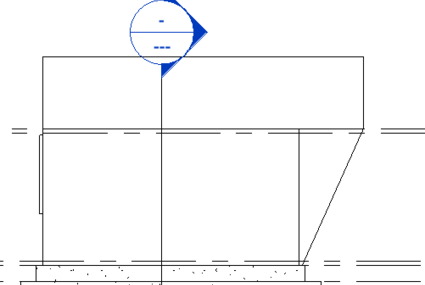 The issue I'm targeting primarily is the rampant drug use in the community and how its affecting our youth on a daily basis. Many children face this problem from in places like their home and even in their own school, which are supposed to be safe places and free from crime. This community space is supposed to be that safe place, where youth can gather to address this issue and at the same time have an additional place to call home( in a way). This issue strikes home for me as in the area I live in drug use i very often seen, with the youth being the most affected and being prevented from reaching their true potential and ultimately make the communities as a whole better in the long run. The structure itself uses recycling in manner as is consists of reused shipping containers modified to suit the building. The structure was limited to four of these containers which explains the relatively small size of the structure itself. i also wanted the exterior to have a modern look, as to represent our day and age, and connects to the idea of the structure connecting people together to ultimately better their own communities. 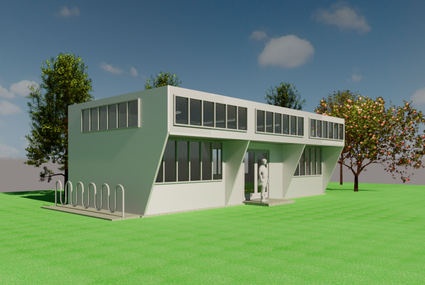 Title image for the final design. 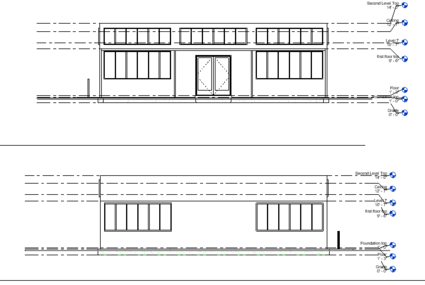 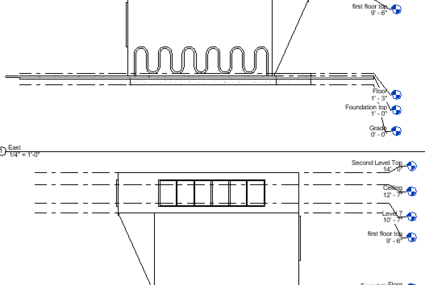 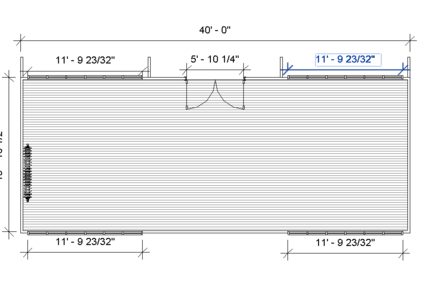 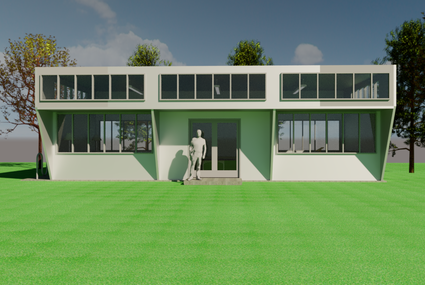 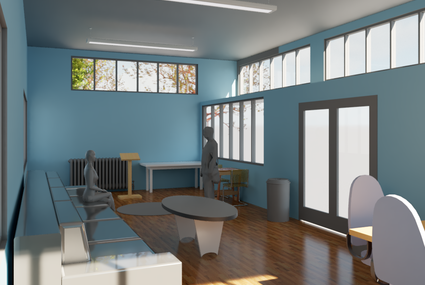 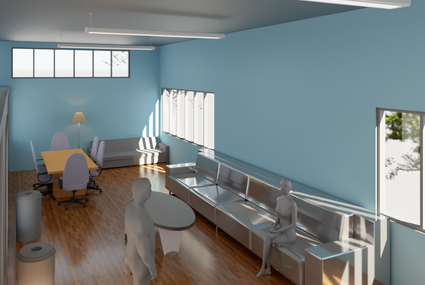