My community market, located at 2211 W 35th Street, a vacant lot near the 35th/Archer station, will serve the McKinley Park neighborhood by meeting their needs for local and fresh food. This will enable community interactions by providing a vibrant social gathering space, and a venue to showcase and celebrate local artwork and performances.

Prior to designing the community market, I did research on the site, surrounding neighborhood, and noteworthy local buildings. I also did several case studies of other markets. I started by researching the demographics of the area. I found that according to US census data, the majority of the neighborhood’s residents are Latino/Latina, and 27.9% of the population is under the age of 18. 26% of people living in the surrounding neighborhood are living in poverty. My next step was to use the "On The Map US Census Service" to understand how the neighborhood’s residents commute to work. The results indicated that the majority of residents take public transport or drive cars to travel northeast towards downtown Chicago. After collecting data about the site, I conducted case studies on markets in Latin America and architectural landmarks in Chicago. While it is necessary for at least part of my market to be indoors, I want it to be as open as possible, to promote a sense of unity throughout the space. Since the intervention is a transit-oriented development, it is essential for my solution to be high-density. TOD's are also typically mixed-use, and since high-density housing is not included in the program, it is necessary to create a design that is adaptable and can accommodate future additions to the site. 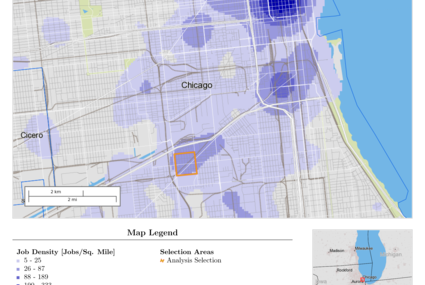 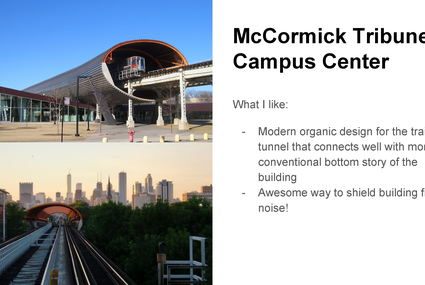 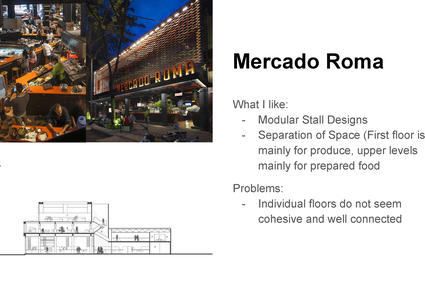 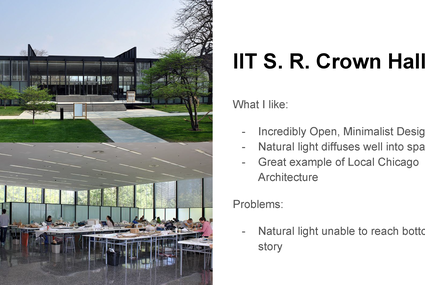 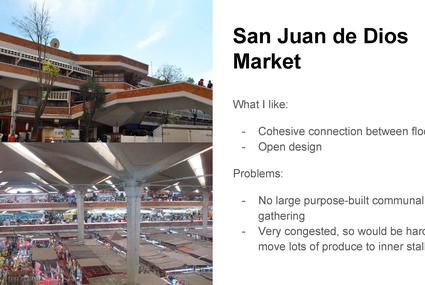 Before brainstorming my ideas, I created zoning and site maps using census data to understand how traffic would flow through the surrounding area. I concluded that the northeastern (upper-left in images) corner of the site would be the most trafficked, so my major entrance should be there. I then began to sketch my ideas. In the beginning, I was drawn to ideas that involved organic curved structures. I realized that my initial ideas didn’t economize space, and would not meet the goals of a transit-oriented development. Given that the majority of the local population is Latino/Latina, I wanted my market to mimic the format of a traditional Mexican market, with a central plaza-like area surrounded by stalls. In addition, it was essential for the market to have an outdoor component that could be used in the summer, while keeping the majority of it indoors, so it could also be used in the winter. Additionally, I added programming for a performance area, to be used for large community gatherings, and a gallery to showcase local art. For my final idea, I tried to capture both rectangular, space-efficient styles with the organic curves I was initially drawn to. 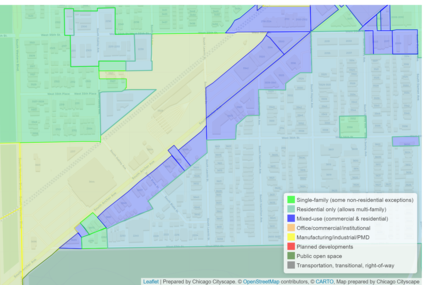 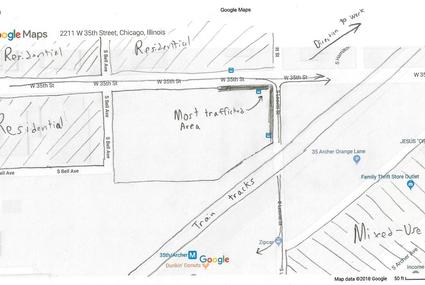 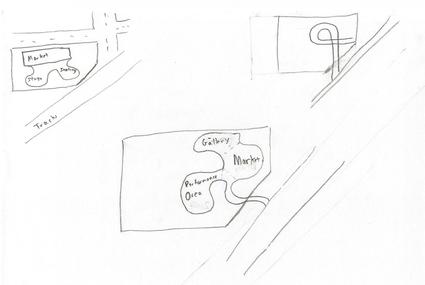 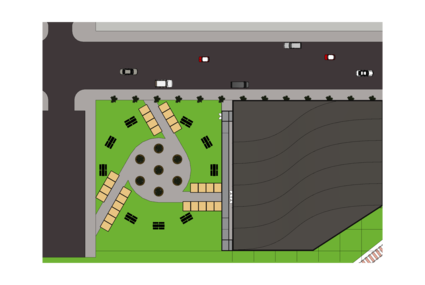 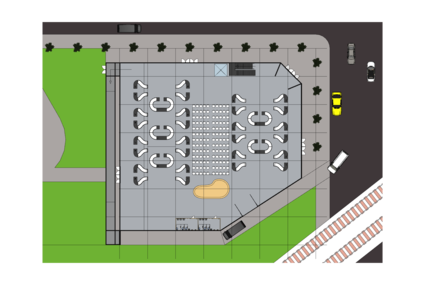 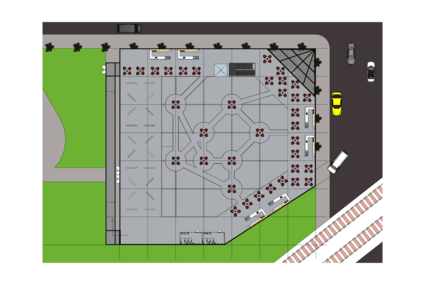 During the summer, some of the vendors can sell their fares outside, to make use of the amazing weather. The outdoor market has a similar format to the first floor, with a central area surrounded by stalls. It also has seating areas scattered throughout the area. My market represents the abstraction of the relationship between work and home; between the new and exciting, and beautifully simple; between the rectangular and organically curved. This is represented in the building’s western ramp, the seating pods, the indoor vendor stalls, and the layout of the outdoor market. The building was designed and optimized to be easily accessible to the greatest number of people possible. Every detail was designed with intent: the first-floor stalls are based on common art Latino/Latina art motifs. 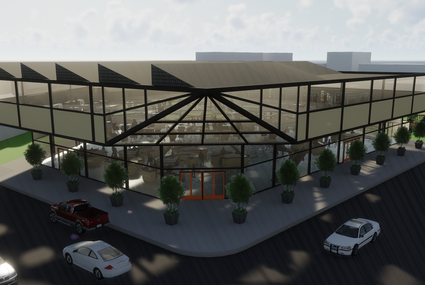 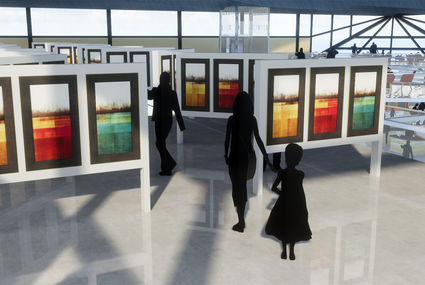 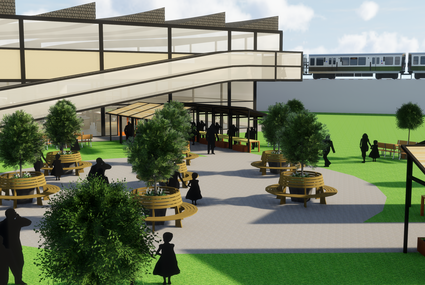 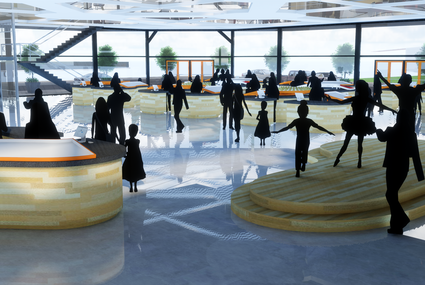 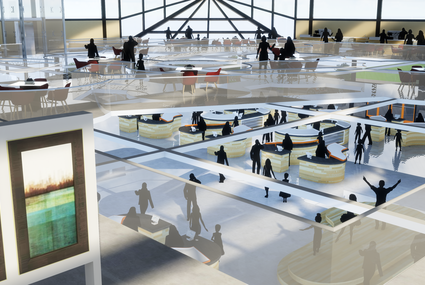 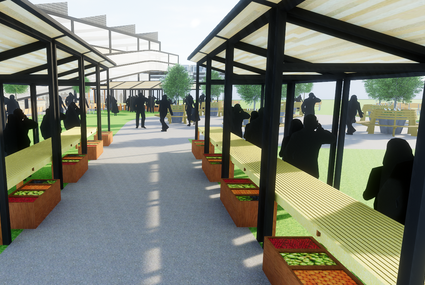 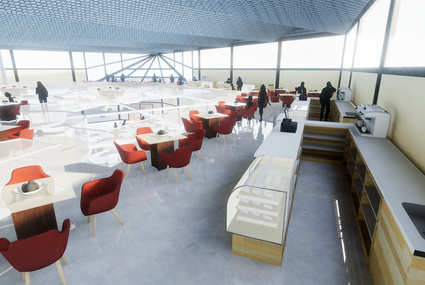 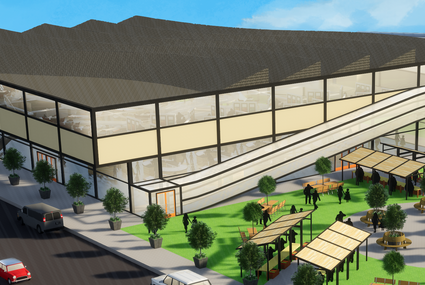