The goal of this project is to design a building to be used as a library and community center for Little Italy neighborhood. It should be accessible to people of all ages and be a place where anyone can meet and talk for any reason, not just to be a library.

The site is a 75' x 125' lot. It's directly next to a urban farm and most neighboring buildings are red brick. It is on a busy commercial street with many small and large shops. It is surrounded by "parks." (Block-sized fields) It is a few blocks away from the University of Illinois at Chicago. There are many nearby schools whose students may use the library. College students probably have their own library, so probably won’t use this one. It's between the Chicago - Kansas City Expressway and a railroad track. It is between the Blue line and Pink line subways. It's currently on a parking lot, so parking may become an issue when the library replaces that. It is on the same intersection as 2 stops on the 157 Bus line. Crime rate is well above national average. The most common crimes are robbery (by far), murder, and vehicle theft. May want to include a secure parking area to replace the original parking lot and avoid vehicle theft. The most common types of inclement weather are wind, tornadoes, and hail. The temperature is fairly cold, with the average in July only going up to around 70 degrees Fahrenheit, while the average in January is about 20. Most people in the neighborhood are adults from 18-45. There are also a decent number of small children. The majority of people in the neighborhood are college educated. A significant amount are in college, which may increase the need for a library, although they likely already have one at their college. The site is zoned as a planned development. It’s located in the 28th Ward. The surrounding area is largely a mix of planned developments and residential zones, although there are business zones on Taylor Street itself. 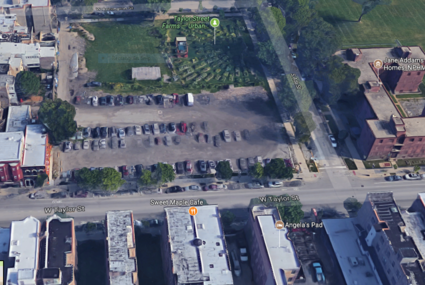 The Site of the Project

For the initial design I wanted a building that drew heavily from DUMBO, where old factories have been converted into restaurants and stores. They've had new sections built on top with roof gardens, and I thought that would work very well given that the site is surrounded by brick buildings and parks. The initial design had a cafe and garden on the roof, and computer rooms, kids' sections, and community meeting rooms. 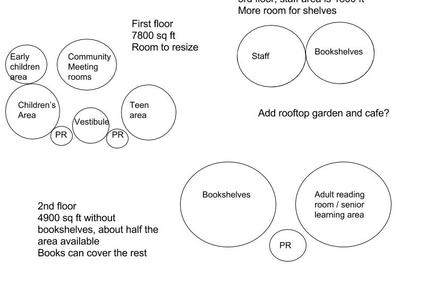 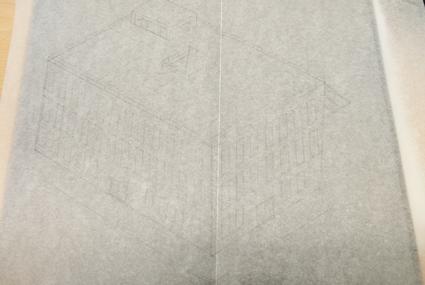 The initial design was based on DUMBO factories that had been repurposed. 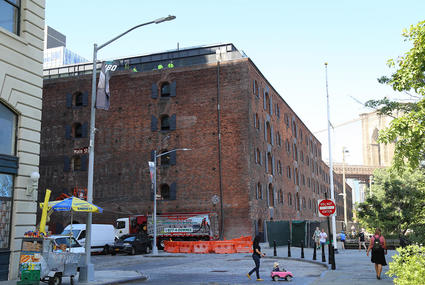 Inspiration for the Initial Design

After creating a mockup of the initial design, I realized it looked far too boxy. I decided to redesign it and incorporate more curves and natural light in order to make it more visually appealing. 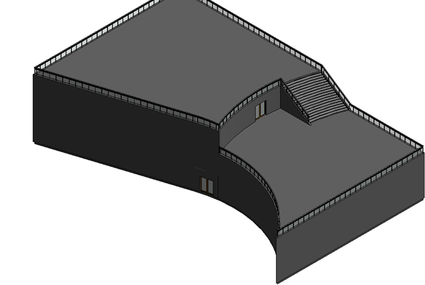 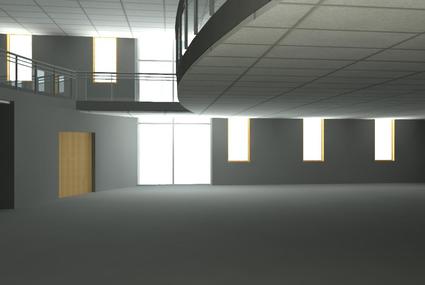 A view of the design from the entrance.

The final design uses a more sleek design that is intended to serve as a transitional point between the brick buildings to the South and the parks and urban farm to the North. There are many glass sections and a skylight to let in lots of natural light. It has emphasis on open spaces, and so has a large atrium directly below the skylight. It also has a rooftop garden, a cafe, a kids' section, an area for computers, and community meeting rooms. 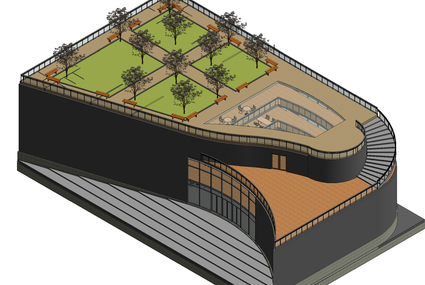 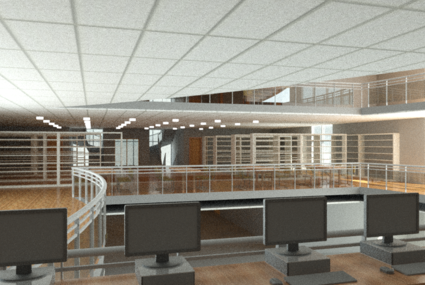 A view of the second floor from the computer section. 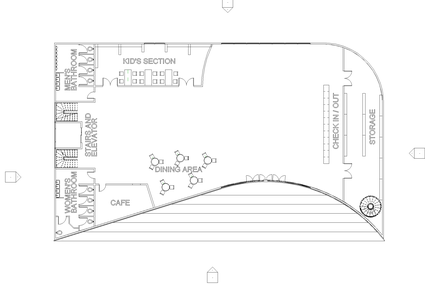 The first floor contains the cafe, the kids' section, the check in/out area, as well as storage. 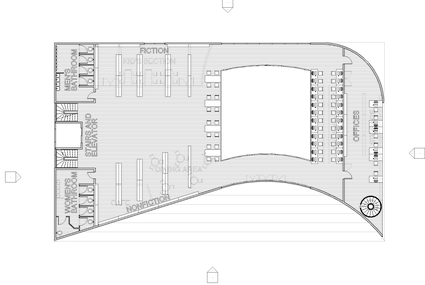 The second floor has shelving and computers. 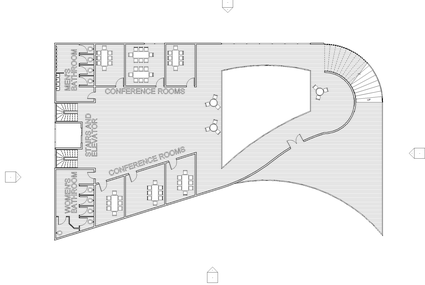 The third floor contains community meeting rooms and a staircase up to the roof garden.